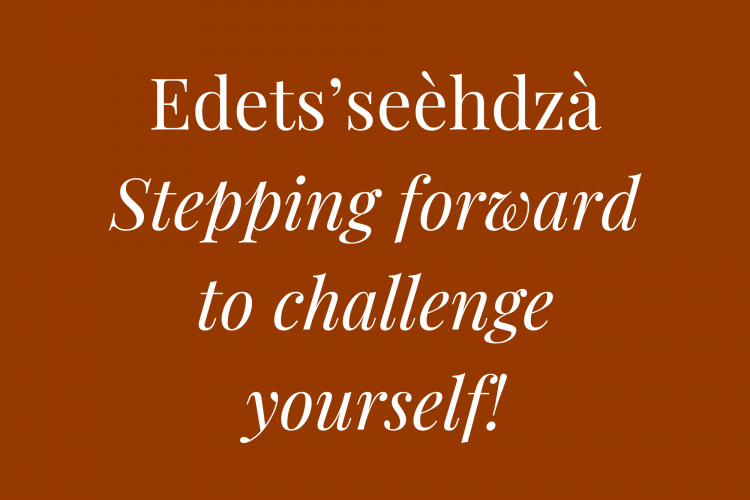 McGregor will be the fifth student supported through the Edets’seèhdzà Studentship since its launch in 2019, and the first recipient enroled in a program outside of the School of Health and Human Services. Past research areas for recipients have included traditional teachings, Northern-focused care and Indigenous health.

McGregor will have the opportunity to be mentored by several researchers from different organizations while working on multiple research projects, including the Northern Oral Language and Writing through Play (NOW Play) partnership and the Children and Youth Seeking Tłı̨chǫ Cultural Identity in a Time of Change project. She will also work with Hotıì ts’eeda to learn about implementation of research results and evidence on Early Learning and Childhood at a policy level.

Hotıì ts’eeda and Aurora College congratulate Sarah McGregor and look forward to seeing her progress over the coming year.

For more information or to apply, visit nwtspor.ca/programs/edetsseehdza-studentship.

COVID-19 Resources for the NWT