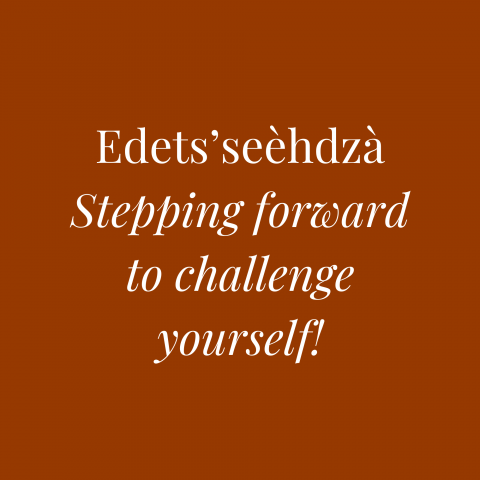 “The Edets’seèhdzà Studentship will support two nursing students to be meaningfully involved in health and wellness research in the NWT,” says Dr. John B. Zoe, Hotıì ts’eeda governing council chair. “The studentships are intended to foster Northerners’ skills as researchers and health professionals to contribute to NWT health research.”

Abel is a proud member of the Yellowknives Dene First Nation (YKDFN) who plans “to aid those who require medical assistance, and to possess both sides of the modern and traditional teachings in healing” while maintaining her Northern roots.  She says that it is important to work in the areas of “traditional teachings, demonstrating respect, and passing knowledge to the next generation.”

McArthur has an appreciation for how “locally-driven Indigenous health research has the power to cultivate meaningful change in the communities in which we live” and says she looks forward to being matched with an existing Indigenous health-research project. She has an interest in social epidemiology and believes strongly in the role people can play in facilitating meaningful change through health research in the NWT.

Both Abel and McArthur will be working with Aurora Research Institute Manager of Health Research Programs Dr. Pertice Moffitt.  Moffitt is part of a team that recently received funding from CIHR for the project “Welcoming the Sacred Spirit”, a three-year collaborative project looking at Indigenous maternal health care in Canada. Hotıì ts’eeda and Aurora College congratulate both Erica Abel and Marisa McArthur, and look forward to seeing their progress over the coming year.

Paid Survey Opportunity: Research on Cannabis Legalization in the NWT

Researchers at the University of Waterloo and Public Health Ontario are looking for people to respond to a 25-minute...

Hotıì ts’eeda is seeking a friendly, detail-oriented Administrative Officer to provide a full range of...
END_OF_DOCUMENT_TOKEN_TO_BE_REPLACED