Hotıì ts’eeda is pleased to support the Inuvik Cancer Support Group, a unique homegrown response to the needs of cancer survivors and caregivers in Inuvik, Northwest Territories. The group celebrated its one-year anniversary in October 2019.

Agnes Pascal and Ruth Wright are the leaders of the group, which is open to those with cancer, survivors, family members and friends. Agnes says that while many support groups are open only to those currently undergoing cancer treatment, her group felt opening the group up was important. “Cancer affects everybody in that person’s circle,” she says. “Everybody needs to talk about it and get support.” The group is a place for participants to share stories, swap coping techniques, and get support from the whole community. “Some people, those who aren’t from here, don’t have a family support system,” she says. “They might be a part of the community but they’re going home to an empty house.” The group aims to create a community of support for those who need it.

Hotıì ts’eeda has supported Agnes and Ruth to attend program evaluation training in Yellowknife, and to attend the World Indigenous Cancer Conference along with their fellow group member Mary Roland and Tłı̨chǫ cancer survivor Cecilia Rabesca. The conference was life-changing, Ruth says, and validated that what they’re doing is both valuable and unique. “There were lots of different groups out there,” Ruth says. “But ours was one of the only ones that was open beyond patients. People kept coming up to us and saying how amazing it was.”

The group has big plans for the future of the Inuvik Cancer Support Group. They want to hold more workshops and group activities such as smoothie making, which taught participants how to make highly-nutritious smoothies that would be easy to digest for someone recovering from chemotherapy. They also want to publish a book of stories from cancer survivors and caregivers of those who have passed away. The book will be a memorial and a celebration, they say, and work to break down stigma and open conversations about cancer in the community. “I even want to include stories about pets with cancer,” Ruth says. “To bring home the point that it affects everyone.”

Agnes and Ruth encourage all communities to begin similar support groups, and have offered their help and support to anyone who is interested. Contact Agnes. 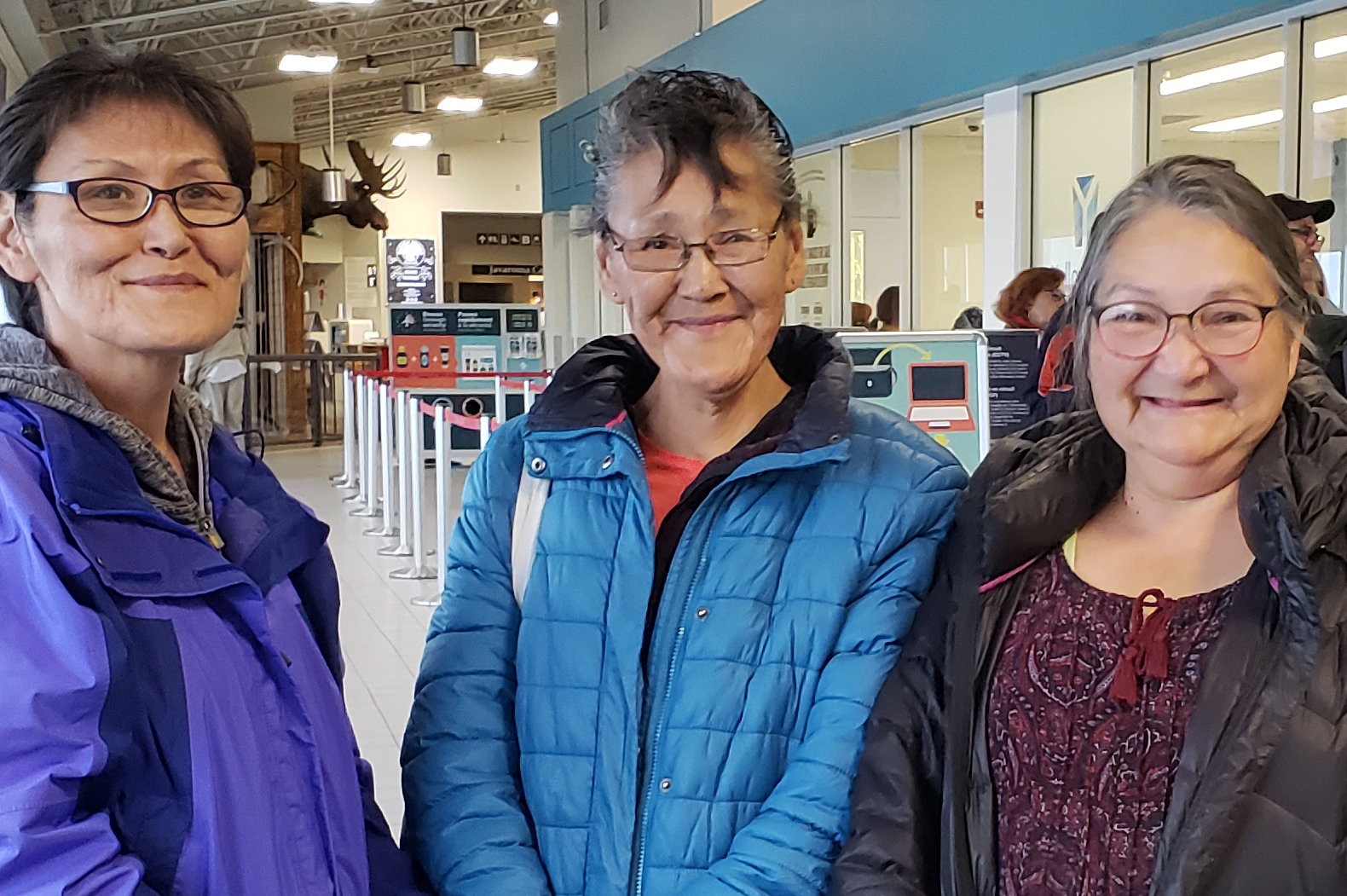 Agnes Pascal, Mary Roland and Ruth Wright on their way to the WICC Conference.

Hotıì ts'eeda is pleased to announce that it is offering bursaries to students in the Northwest Territories...
END_OF_DOCUMENT_TOKEN_TO_BE_REPLACED