Hotıì ts’eeda leads a Graphic Recording Initiative in the NWT. As of the end of 2019, two workshops have been held in the NWT (one in Yellowknife, one in Inuvik). More are planned for the future.

NWT communities are constantly in meetings and workshops: consultations by government, industry, and for their own internal purposes. Often after energizing and animated discussion, the follow up can come in the form of a lengthy written reports, missing the opportunity to return a real-time record to the community that can keep momentum going. Conversations taking place in English and Indigenous languages, particularly when Indigenous concepts are difficult to convey in the English language, are sometimes not adequately captured in written reports. And often, few people have time to read through a record of what happened.

Graphic recording holds promise for changing that: it provides real-time translation of conversations or presentations into visual records. Graphic recorders listen to presentations, synthesize them into key ideas and takeaways and document them to provide record of what happened in ways that are immediate, impactful, and can continue to spark conversations and disseminate the information through products such as posters and PDFs that are easily accessible and visually immediate.

There are few graphic recorders in the NWT. As a result, mainly larger organizations who have been using graphic recording often hire southern facilitators with this specialized training. Hotıì ts’eeda saw this as an opportunity to build an Indigenous cohort of trained graphic facilitators who live outside of Yellowknife. There have now been two workshops held on Graphic Recording with Sam Bradd of Drawing Change. Participants have come from Indigenous governments, NGOs, artistic backgrounds, and the GNWT. Ultimately, Hotıì ts’eeda hopes to see them thrive in this niche industry, using their artistic skills to bring an important knowledge translation dimension, while gaining meaningful employment that would otherwise be offered to southerners lacking understanding of Indigenous communities and cultures. The opportunities for their expertise to be used in communicating health research results and processes, creating records of priorities and consultations meetings, and other areas of communication are boundless. 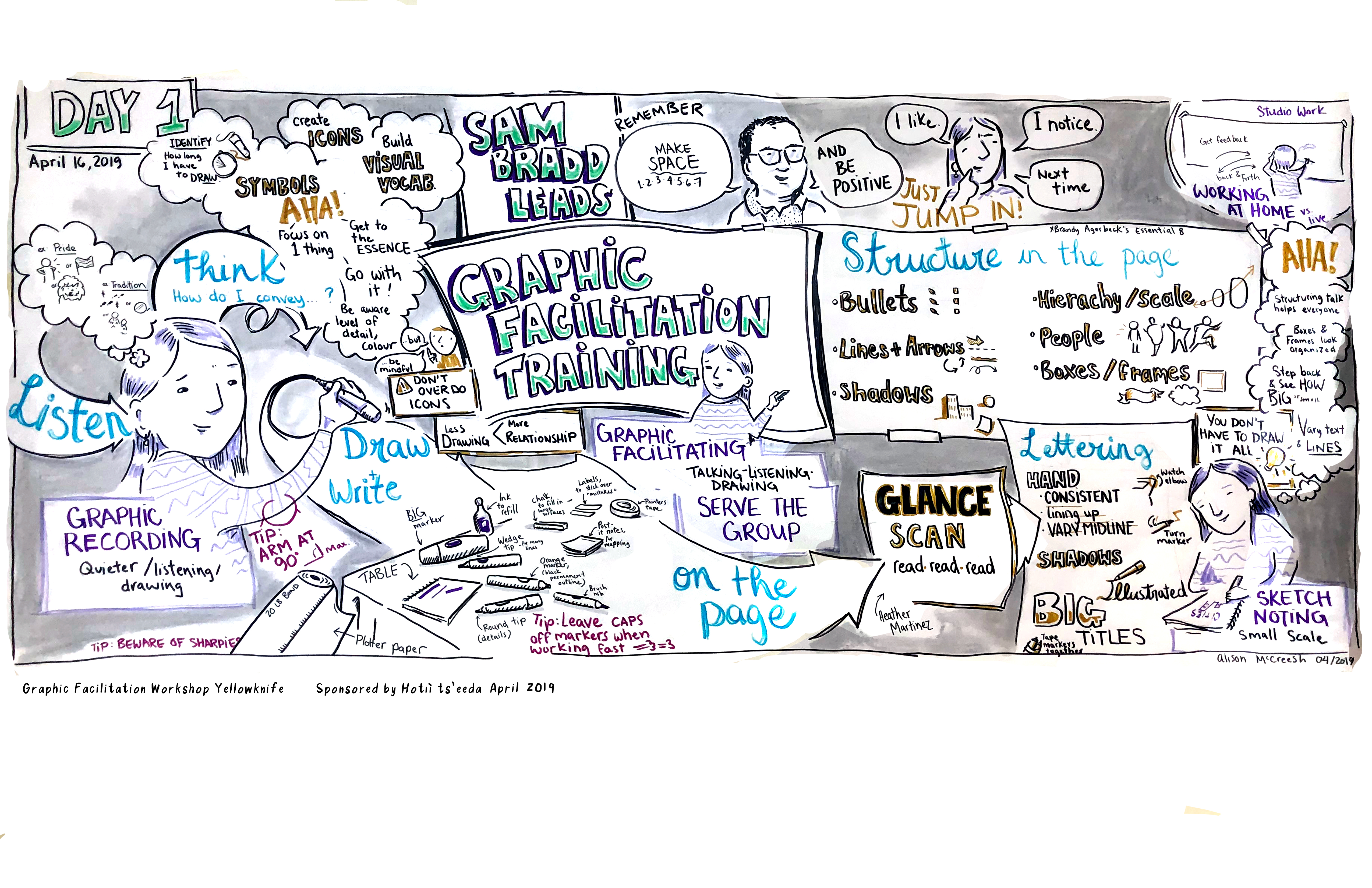 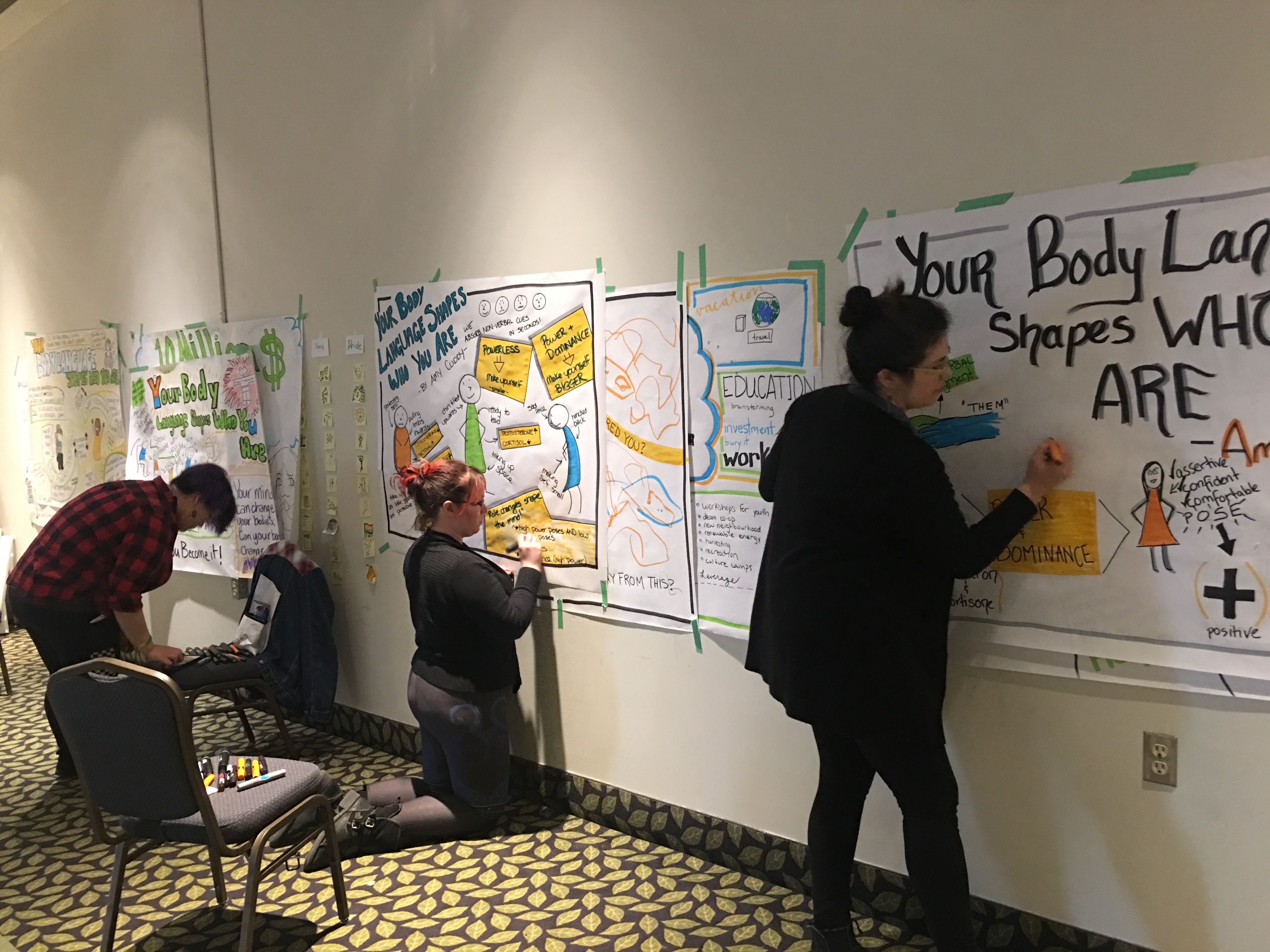 More graphic recording workshops will be planned over the coming year. To learn more or talk to us about getting involved, contact Rachel MacNeill at rachelmacneill@tlicho.ca.

The Ekwǫ̀ Nàxoède K’è (Boots on the Ground) caribou monitoring program has released its 2019 results. The...