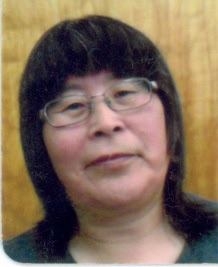 In 2003, Sharon, representing the Teetł’it Gwich’in, participated in the Wind River trip, a 10-day river trip co-sponsored by GSCI. Formerly, Sharon was the Gwich’in Enrolment Coordinator for the Gwich’in Enrolment Board for five years. She played a key role in genealogical research in Fort McPherson that resulted in the publication of Jijuu: Who are my grandparents? Where are they from? Sharon has a college certificate in Secretarial Arts from NAIT in Edmonton, Alberta and has a Business Administration certificate from Yukon College in Whitehorse, Yukon.