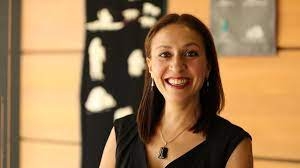 Dr. Sangita Sharma is a Centennial Professor and Endowed Chair of Indigenous Health in the Faculty of Medicine and Dentistry at the University of Alberta and has over 25 years of experience working with multiethnic populations (e.g. Inuit, Inuvialuit and First Nations in Alberta, Northwest Territories (NT) and Nunavut (NU) and Alaska Natives, Apache and Navajo in the USA) focusing on chronic disease, diabetes and cancer prevention research. Dr. Sharma obtained her PhD from the University of Manchester Medical School in 1996 and since then she has worked with numerous populations in over 20 countries. Since moving to Canada in 2010, she has been leading the multi-disciplinary Indigenous and Global Health Research Group (IGHRG) examining the risk factors for cancer, heart disease, diabetes, and obesity among Indigenous populations in Canada and around the world. As a Principal Investigator, Dr Sharma has been awarded research funding for over 50 projects and was awarded the Silver Medal by the British Nutrition Society in 2010 for her health intervention program “Healthy Foods North” which was implemented in six communities in the NT and NU, in partnership with Inuit and Inuvialuit communities. Dr. Sharma has over 144 peer-reviewed scientific publications, including one recently in The Lancet Oncology (IF 25.12) for her work studying cancer incidence in Indigenous populations through her Alberta Innovates-Health Solutions funded project “Cancer ACCESS”, currently underway in the NT in Inuvik and Fort Good Hope. Currently, she is also running the Caring and Responding Edmonton (CARE) project, funded by the Royal Alexandra Hospital Foundation, working with community organizations in Edmonton to identify barriers to accessing health care services for vulnerable populations, as well as opportunities for improving utilization and health care service experiences. Other projects underway include the “WHY ACT NOW” program in Edmonton to improve nutrition and physical activity in Indigenous and new Canadian youth, and the CIHR-funded “MATERNAL” project studying factors affecting pre- and post-natal maternal health in Northern Canada.